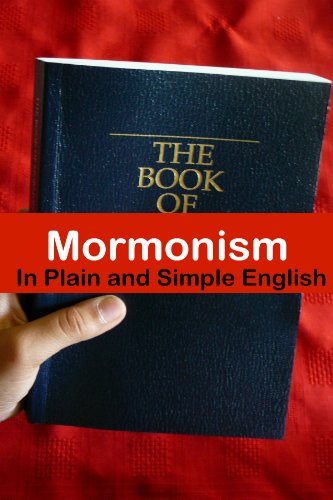 Before our critics make too much ado about sound-alike words, they should consider that a word in one language may phonetically match a word in a foreign language, but mean something completely different the matching of sounds is purely coincidential. Notice also the examples on the right, the Chinese rendering of two English proper nouns using this character. The Motorola corporation would obviously not be amused at being the target of the same kind of slander attempt which is being made against the Church, and of course such an allegation would be just as baseless and absurd as it is when made against the Church.

It is unfortunate that these two very different words have the same pronounciation, which doubtless has even caused confusion amongst Chinese speakers when in a casual verbal conversation. In actual fact, the Coca-Cola company got the translation right the first time, but some Chinese shopkeepers mistranslated the name on their store signs. People still poke fun at this as the classic example of a corporate mix-up.

Character index numbers and general definitions cited herein are from this dictionary. Tonal inflections are indicated here by superscripted digits after each syllable. Robert W. Blair, as quoted by Stephen R. FairMormon is a non-profit organization dedicated to providing well-documented answers to criticisms of LDS doctrine, belief, and practice.

We are a volunteer organization. We invite you to give back. Donate to us by shopping at Amazon at no extra cost to you. The Devil, You Say? What else do you know about it? Who made it and when? I disagree on the KJV issue.


I think the increasing distance LDS feel to the Bible is due in small part to the inability of the average person to read and understand the KJV on a basic level. This problem will only get worse over time and eventually the church will have to do something. How would that work, Brian? Maybe one of the many lawyers here could comment on it. Would the LDS church classify it as a trade secret? Would the church have to prove that it was stolen? Obviously, this is all guesswork.

But your two statements highlight a tension, I think. On the other hand, there is the fact that this original complex is already available only second-hand to millions of Mormons, that is assuming that slice of the church population is even aware of or cares about such issues, which is doubtful.

The Catholic answer, of course, was to perpetuate a Latin-language elite priesthood, who could carry the Word to any people on earth. Unless, of course, one consequence of globalization is to remake the whole world into an English language playground, a homogenizing project that all American institutions would benefit from enormously. For some of us who were brought up with little to no formal education, the KJV of the Bible is a primary well spring of education in literature. We also believe the Book of Mormon English version to be the word of God.

Of course, that old translation has been replaced with a modern Japanese translation. Gone is the mystery of the old language, but it appears to have been replaced with enhanced understanding. Perhaps most jarring, however, is to hear the sacrament prayers in Japanese, spoken now in a language that a missionary with 6 months experience with the language might have come up with if given the English text and a dictionary. The Church is very sensitive about its English scriptures.

It was a noble effort intended for a good cause, to make an Engl. BoM accessible to those with learning disabilities or who otherwise cannot manage the standard text. But you would have thought that she were publishing the temple endowment for the negative reaction her effort which I thought was pretty good received.

I think that leaving the BoM alone the English version that is is probably a good idea. The Bible seems to me to be a completely different kettle of fish altogether. Having said that, the earliest brethren, Joseph Smith included especially, did not like the translation. Famously Joseph said that the German was much better than his english version. Should we really be so overly attatched to the KJV? Footnotes are where such helps belong. I would love to see a dual edition like Steve L.

All the modern english translations have their translators biases enclosed, ours would too. And if the bias bugs you that much you can read 18 versions of the bible until you find what you want to find or you can go learn the Greek and Hebrew.

Mark and Russell, you both make excellent observations. That lends the KJV a holy imprimatur, at least in the minds of many. In terms of the language issues discussed above, the language of prayer is even more interesting.

A National Journal of Literature & Discussion

I do translations for stake conferences into Spanish all the time. How could the church ever claim to have reworded the Book of Mormon in an authoritative way? Yet how could they endorse widespread use of a reworded version, printed by them, while insisting that the old version is actually the official one? To approach the Book of Mormon as though it were a magazine article would be to just completely misunderstand.

It was scratched by hand on hand-beaten metal plates, for crying out loud. Familiar terms such as you and yours are replacing thee and thine in prayer. Teach the children and gently inform new members that we use reverential terms when addressing our Heavenly Father in prayer. Perhaps the non-US church foreshadows the future? It is by some strange mistake of grammar and history that Mormons regard them as honorifics. For example, Shakespeare uses the thee and thou forms in love poems not as an honorific but because they imply itimacy.


The same is true of the use of thee and thou for insults. It took me a while to figure out why the Japanese members had such a difficult time with the old Book of Mormon language. After all, I had only studied the language for a couple of years and could understand it just fine. Then I realized that I pretty much knew the content of what I was reading before I read it in Japanese, so I had a huge advantage over the native Japanese speakers.

I suppose this is due to lifelong exposure. I have a couple other ideas for how to do it well :. That was all I had to contribute :. Neither does the Protestant higgledy-piggledy approach. Modernizing the scriptures would make more sense if there were a widely accepted version of the Bible that we could conform them too. The answer may be new revelations and new scripture written neither in the modern tongue exactly nor exactly in the archaism of the KJV and the halfway house archaism of the Book of Mormon.

I guess it pretty much comes down to recognizing that a prayer is a sacred experience, and that the form can change depending on what is sacred in a particular culture. In Korean members almost always pray in a hyper-honorific form. In wonder if this is generally the case in Asian languages. If so we have a strange divine: intimate prayer forms in Indo-European languages and honorific prayer forms in Asian or perhaps just agglutanitive languages. He uses the edition text, but otherwise he makes the text about as readable as it is possible to do without monkeying with the text itself.

I just put up a post on Prayer and Pronouns at Millennial Star. I doubt the Church would ever find it in their interest to create a modern English translation.

The Meme is much stronger if the allegories an analogies are kept inaccessible. One can meditate on the meaning and personalize it in the most convincing and powerful way possible. This also interjects elitism and rigor in mastering the Scriptures, something that will ensure Apostles are selected from educated English speakers. Really interesting, John T.

Especially considering the call of Elder Uchtdorf to the Apostleship, who, while clearly a proficient English speaker, was probably not called for his ability to turn an English literary phrase.

Dropping the KJV? As my corporate headquarters are in Fla, and they suffered through an especially brutal season this year, I asked them if they had heard of that particurlar pronunciation, none of them had. I believe Bro. Uchtdorf adopted that pronunciation to particularly endear himself to the local power structure as this was his opening salutation as an Apostle. It truly is and I believe will continue to be the Utah Church with worldwide membership.

It also includes the alternate Greek and Hebrew translations noted in the original text by the translators. Despite the translation errors that have since been identified, it is a monumental work of art. I think that Ben is right on in comment 13 where he suggests that easy reading editions can be appropriately left in the hands of organizations independent of the church while the church maintains the official edition. I also like his idea of expanding the footnotes to include a Gloss for archaic or obsolete words and meanings. 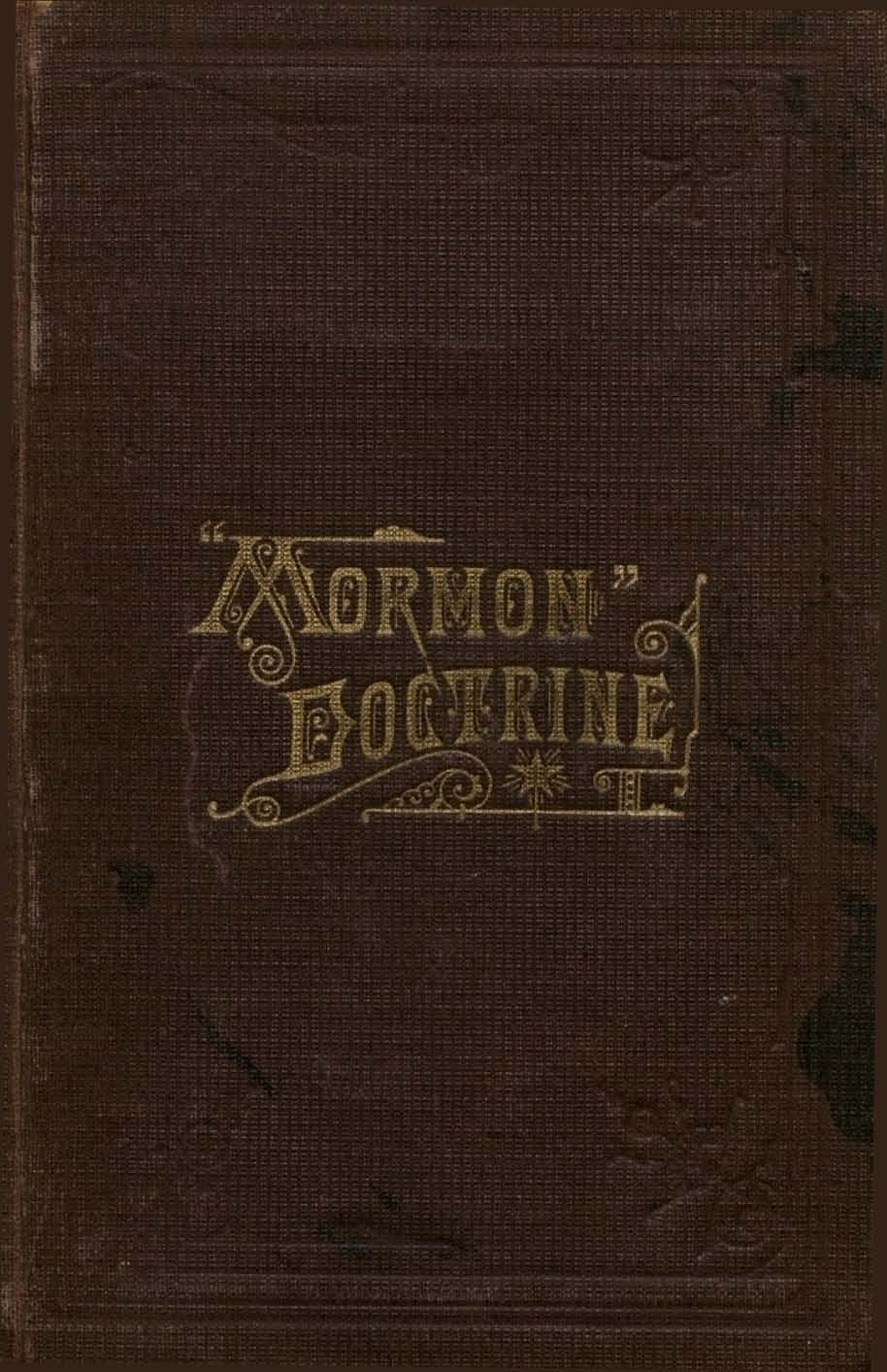 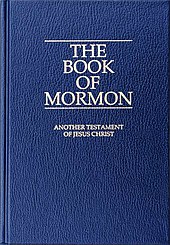